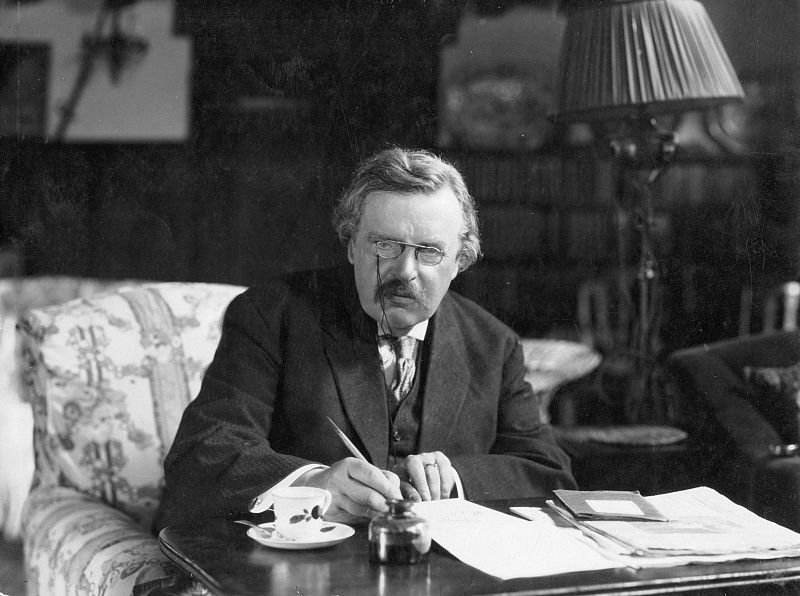 A great Chesterton quote from a book of his I’ve yet to read (What I Saw in America).  It is easy enough to view people through the narrow lens of our interactions with them, but to view them in the context of their own life story is another thing.

An ancient family heirloom – and a mother’s call for vengeance – sends young Leo Vincey and his adoptive father on a quest to find a mysterious sorceress, Ayesha, or She-Who-Must-Be-Obeyed.  In this episode, I review H. Rider Haggard’s She, a novel which influenced the fantasy of J. R. R. Tolkien and C. S. Lewis.

Sources / Further Reading:
How to Pronounce Ayesha? (Sci-Fi StackExchange discussion)
Biography of H. Rider Haggard
“The Annexation of the Transvaal” (The Spectator archives) – Haggard directly participated in this political event.
“Fawcett’s Deadly Idol”
Article on Percy Fawcett’s disappearance (The History Channel)
The Lost City of Z, by David Grann – My parents read and were fascinated by this nonfictional story of Percy Fawcett and his obsession with lost cities.  We also watched the movie by the same name, but it wasn’t very well done… skip it and go straight to the book!

Recently I found these wonderful page/line markers at the local Daiso.  For those unfamiliar with Daiso, it’s a Japanese $1.50 store (only in a few U.S. states, unfortunately).  They’re just the right amount of sticky to be reusable but not damaging to paper.  I’ve found these work great for marking lines in a book that I want to return to later.

This method of line-marking has been my habit for quite a few years now, but sometimes I wonder if I’m missing out on something by being so careful.  Is it important to keep books looking pristine, or is part of the reading experience lost by not writing notes in books?

When I was a kid, I grew up on library books and family books, so being careful was ingrained in me.  I remember one particular horror story (to my perceptions, anyway) of my mom lending a book to someone and the book being returned in, shall we say, lesser condition.  I really intended all my own books to last forever, including paperbacks, and I was going to do all I could to avoid harm coming to them.  Even cheap, secondhand books I treated gingerly, as if to make up for the hardships they’d gone through…  I viewed highlighting and dog-earing and annotating as the height of “book cruelty,” because it meant someone else couldn’t read the same book without those things getting in the way.  (It never occurred to me some people actually enjoy reading other people’s notes, which I’ve since learned via the internet.)

The coming of e-readers certainly changed the way I read.  I got my NOOK Simple Touch as a high school graduation gift, and from then on I found a new and liberating world of note-taking that didn’t damage any paper and could be easily erased.  More surprisingly, I found I had a lot to say, and it was quick to type down anything that came to mind as I read (including random gut reactions).  To this day, I love e-readers and tablets for reading, and I have grown used to the capability of highlighting and adding notes.

Circling back to hard copies – I am starting to have second thoughts about writing in books. I have a little notebook which I have tried to use for note-taking when not using an e-reader.  It works, but to be completely honest, I’m usually too lazy to carry around two books, even if one of them is very small. Maybe I just need to make some concerted effort to do that.  Or, maybe I should just get a light pencil and start annotating.  I have the budget for replacement copies, so the only thing to prevent me from writing in books now is my aversion to it.

Fellow book readers and reviewers, what are your thoughts on this?  Do you “personalize” your books by jotting down thoughts and highlighting quotes in them, or are you like me, paranoid of your paperbacks becoming anything but well-preserved and speckless?  Maybe one of you can change my mind, or reinforce my existing feelings.  😉