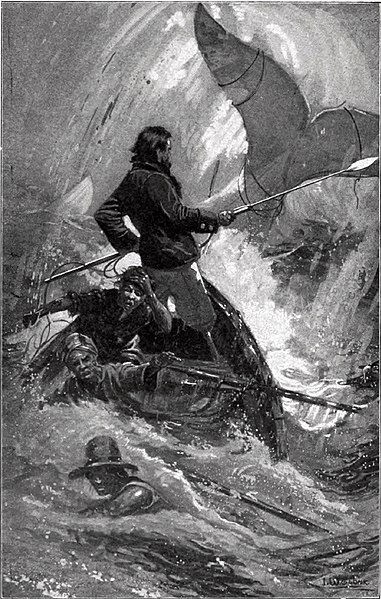 This week’s Top Ten Tuesday is all about titles of books that are more unique than trendy.  I may not have mentioned before that I love, love, love a good book title, so this topic particularly appeals to me.  😉

Without further ado, here are some unique ones from classic literature:

1. Moby-Dick; or, The Whale, by Herman Melville
It doesn’t get more signature than this. Melville chose interesting names for all the characters, not least of all the whale.

2. Perelandra, by C. S. Lewis
The surest way to have a unique title is to use a word from your own fictional language!

4. The Lighthouse at the End of the World, by Jules Verne
Probably my favorite book title of all time.  He used “lighthouse” in a title before it was trendy.

Rather than overrun this list with Jules Verne, I will just add that most of his titles were unique in his day.  (He was that cool.)

5. A Connecticut Yankee in King Arthur’s Court, by Mark Twain
Who but Twain would come up with a great one like that?

7. Minorities; Good Poems by Small Poets and Small Poems by Good Poets, ed. T. E. Lawrence
Sometimes it takes a unique sense of humor to come up with a unique title.

8. Three Men on the Bummel, by Jerome K. Jerome
But what is a “bummel”?

9. The Blithedale Romance, by Nathaniel Hawthorne
I mean, he could’ve called it “The Happy Valley Story”…

10.  Far from the Madding Crowd, by Thomas Hardy
A great title – unique, easy to say, and instantly recognizable.