Food for Thought in Benson’s Lord of the World

A very happy new year to you all!  I can hardly believe it’s 2018 already.  The number just sounds so… futuristic. 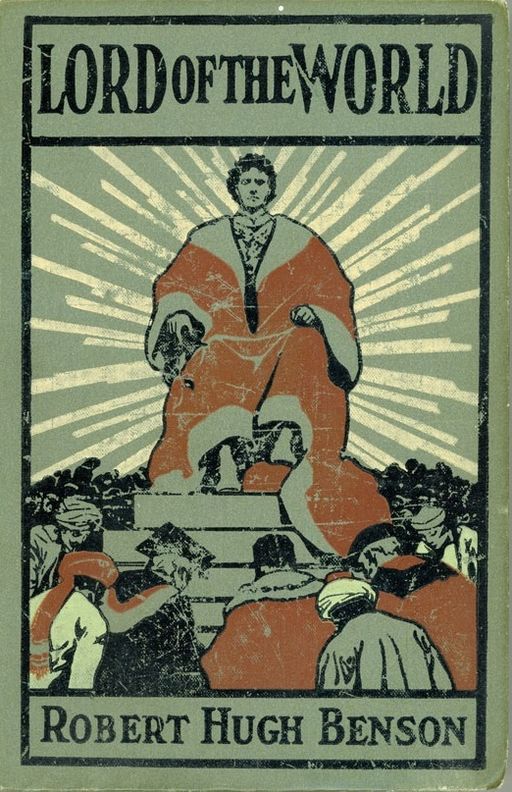 Speaking of which, my first review for the year goes back 111 years in order to go forward to about the present day, with John Hugh Benson’s futuristic-dystopian novel, Lord of the World.  I feel a little awkward for starting with such a depressing book, but it was one of my recent 2017 reads, so it’s high time to review it.

The story follows a young, 21st-century Catholic priest, Percy Franklin, who struggles to remain upright amid a volatile scene of political, religious, and social changes.  Through a series of unusual events, Franklin comes into contact with a prominent MP, Oliver Brand; Oliver’s wife, Mabel; and Oliver’s mother, who wants to return to her faith, against her son and society’s wishes.  Things come to a crisis when a mysterious American, Julian Felsenburgh, arrives in London.  His twin-like resemblance to Franklin puzzles the priest, but more disturbing to Franklin is the new world government which Felsenburgh seeks to establish.

This little-known novel I only came across very recently.  The premise was great, and Franklin was a compelling protagonist, though overall there was much of the book I could not relate to, which prevented me from rating it higher.  If you’re interested, I’ve given it a full review in podcast form.  Recommended for those interested in early dystopian literature, particularly anyone reading from a Christian perspective.