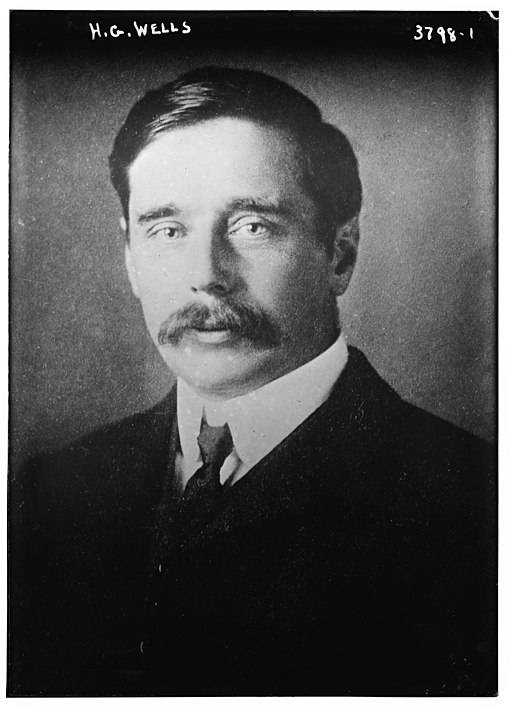 Lately I’ve been wandering down memory lane with H. G. Wells’ The Country of the Blind and Other Stories (1911).  This collection holds, in the words of Wells: “all of the short stories by me that I care for any one to read again.”  Some are new and some familiar – two of them are personal favorites, which I’ll be mentioning in Monday’s podcast episode (“Nine Creepy Victorian Short Stories”).

In the Introduction, Wells gives us a little recap of the short story form and its writers, as far as it had evolved in the late Victorian era.  He praises Kipling, whose writing “opened like window-shutters to reveal the dusty sun-glare and blazing colours of the East.”  J. M. Barrie also gets a mention, along with Henry James, Stephen Crane, Jerome K. Jerome, and Edith Nesbit.  Other contemporaries are listed, whose names are less known to modern readers.  Joseph Conrad alone is noted as having, in Wells’s eyes, continued in the 20th century to write pieces comparable to his pre-1900 work.

The golden age of short stories was not critic-free, Wells recollects.  For example, there was a question of what constitutes a short story.

There was a tendency to treat the short story as though it was as definable a form as the sonnet, instead of being just exactly what any one of courage and imagination can get told in twenty minutes’ reading or so.

Personally, Wells did not care to put a solid definition on what makes a “short story.”  In his view, a short story meant just two general properties, and those were a) “achiev[ing] the impossible,” and b) taking around 15–50 minutes to read aloud.

I have always enjoyed short stories, and to this day, I prefer them over novels.  They also appeal to me as a writer, because my inspiration tends to home in on a specific scene or piece of dialog, which doesn’t necessarily fit in a longer form.

What are some of your favorite short stories (or short story authors)?