Top Ten Books of My Childhood

Ok… what follows is rather an eclectic list, and many of them are not classics!  But I so enjoyed reading some of you guys’ lists for this week’s Top Ten Tuesday topic, it made me reflect on the books I read long ago and which influenced my childhood.

1. The Children’s Book of Virtues
An interesting collection of fairy tales and poems, some well known (“St George and the Dragon”) and others more obscure. To this day, I can still hear my dad’s voice reading some of these stories.  I’m also pretty sure I’d start bawling if I re-read “Why Frog and Snake Never Play Together.”

2. Dragons, Ogres, and Wicked Witches
I really hesitate to put this one on the list, because these European fairy tales were pretty heavy reading and perhaps not very good for small kids.  (I’m not quite sure how we acquired the book…Costco?  Either way, my mom later got rid of it.)  I’ve always had an inordinate fascination with fantasy monsters, sea monsters, dinosaurs, you get the idea.  Needless to say, this book, while not a “favorite,” made quite an impression on me, for better or worse.

3. The Boxcar Children
As Stephen mentioned, The Boxcar Children was (is?) a long-running series, to the extent that after the original books by Warner were published, ghost writers picked it up later.  Little me was really obsessed with these books; our library had a lot of them, so I read about four a week and somehow didn’t get tired of them.  It was always exciting to see new ones, too.

5. Trixie Belden
This was a favorite series of my mom’s, and I loved it, too!  The original books are set in the 40s/50s and follow Trixie, who is a teenage girl living in the Hudson Valley, New York.  Unlike Nancy Drew, Trixie comes from a middle-class family of mostly boys, and she struggles with normal girl problems like her plain looks. She finds a “Watson” sidekick in her new neighbor, Honey Wheeler, and together with some other friends, they solve mysteries.  What I especially enjoyed about the series is that it doesn’t dumb-down the mysteries – the bad guys are actually real bad guys, and the crimes are real crimes.  The books also cover some tough topics of the day.

6. The Williamsburg Years (Christian Heritage Series)
The Christian Heritage series was a “series of series” featuring different boys in different eras of American history.  My favorite sub-series was The Williamsburg Years, which was about a kid named Thomas and his friend Caroline growing up in Colonial Virginia.  The books were humorous, dramatic, and surprisingly deep, covering family relationships, politics, and faith.  Caroline’s brother Alexander was one of the first characters I really grew attached to.  Unfortunately the books are long out of print…I’m really hoping they get a reprint someday.

7. Escape from Warsaw (AKA The Silver Sword)
I don’t fully remember what this is about, except that it was a great book.  This one and Twenty and Ten are good examples of how to write a historical book for small children without overwhelming them or making light of the topic. 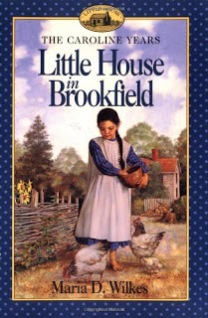 The Little House series is a given…but at one point I read the Caroline Years, too, and really enjoyed it.  I can’t remember much about it, though.

9. Through the Looking-Glass, and What Alice Found There
I love both Alice books, but something about the second one just tugs at the heartstrings a bit more.  Alice is a bit older, Looking-Glass World is a bit weirder, and the game is chess.  This also includes some of my most loved characters like the Sheep and the clumsy White Knight. 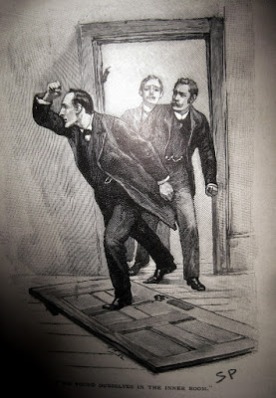 15 thoughts on “Top Ten Books of My Childhood”