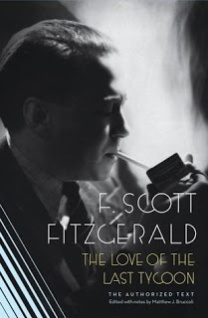 Fitzgerald is one of those authors who provokes in me a love/loathe reaction.  There was something unforgettable and moving in The Great Gatsby and This Side of Paradise; the surreal, Wuthering-Heights level of drama and the tragic stories lingered in my mind a long time afterward.  Tender is the Night haunted me in a different way: an instant trainwreck with little rhyme or reason, it left me so disgusted I had to quit reading early on.  So when I saw the library had just added The Last Tycoon to their ebook collection…and it was available, and it was under 200 pages…I invariably got pulled into checking it out and reading it over the 4th of July.

There aren’t many authors I would recommend reading solely for their writing style, but I think every aspiring American writer should read something by Fitzgerald, even if it’s just a chapter.  There’s something distinctly American about his style.  It’s a strange, signature combination – breathless, matter-of-fact, poetic, alluring, and mournful all at once.  The Last Tycoon (1941), set in the Golden Age of Hollywood, has all of this, and being an unfinished novel it holds an additional sense of mystery, somewhat diminished by the addition of Fitzgerald’s notes and plans for the novel at the end.

I usually can’t tolerate “meta” stories, i.e. stories about authors or movies about movie makers, so it’s to Fitzgerald’s credit that my favorite thing about this book is its setting and the commentary on Hollywood in the 1930s.  He doesn’t even bother to change the names, so you’ll see a minor cameo by Gary Cooper, a mention of Cecil B. DeMille, and a myriad of other name-dropping references fans of classic film will enjoy (unsurprisingly, some actors and actresses are disparaged, but Fitzgerald manages to leave them anonymous, at least by name).

The plot is both compelling and frustrating.  Our Gatsbyian protagonist, Monroe Stahr, is a brilliant film producer still mourning the death of his wife, Minna, while battling the last months of his own life.  One night he catches a glimpse of her doppelganger in the face of an elusive British woman, who, as it turns out, is as interested in him as he is in her.  The book is partly told in third person and partly in first person, because the other piece of this lust-triangle is the sometime narrator, Cecelia Brady, a much younger girl who since childhood has had a massive infatuation with Stahr.  The storyline follows the ups and downs of Stahr’s work life, Cecelia’s plotting to be with him, and their efforts to find out more about the woman who looks like Minna.

That the story is believable doesn’t make it any less depressing, and once you distill it down to the simple facts, it becomes incredibly unromantic and pedestrian.  Stahr has the makings of a great character, but the female characters throwing themselves at him are even less likeable than Daisy Buchanan, so you end up very irritated that Stahr has anything to do with them.  As in The Great Gatsby, there’s also a number of derogatory references to people of other races through the book.

As a story of Hollywood it is all readily believable, and in fact Stahr was based on the real-life head of MGM, Irving Thalberg.  The consolation prize is you feel you’re reading about history, rather than something completely fictional.

While I’m not sure I’d recommend The Last Tycoon, I’m not completely sorry I read the book.  Like This Side of Paradise, it’s a peek into a different era. The biggest takeaway from this book for me is that more things have stayed the same than have changed. 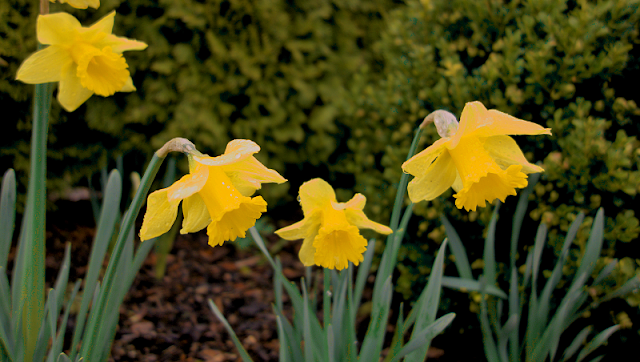 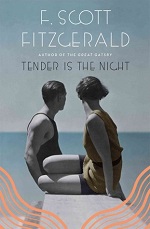 Tender Is the Night – F. Scott Fitzgerald – (no rating)
Biggest disappointment of the year so far; did not finish. 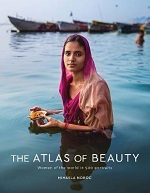 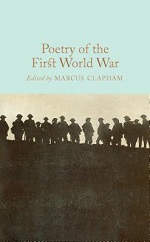 Poetry of the First World War – ed. Marcus Clapham – 3 stars
Not an easy or pretty read, but a sobering one.  More thoughts here.

Moonflower – Jade Nicole Beals – 4 stars
Poems of peace and introspection; this was a refreshing read. 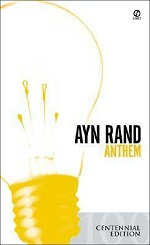 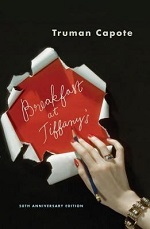 This has not been the month for in-depth, written reviews, and I’m feeling a bit sheepish about that.  Work has been so busy; I’ve gone from one big project to the next, which is great but takes a toll on the reading energies.  Here’s to hoping March will be a little easier!

My first attempt to read this book was on a plane, four years ago.  I had been going through some tough times, and as I plodded through the first fifty pages, my mind kept wandering.  I grew tired of the apparently carefree protagonist – who had the romantic name of Amory Blaine – and ultimately tossed this to the Not Finishing stack with a single comment: “Weird book so far.”

Having finished the book now, I would word it a bit differently: “Weird book, but oddly rewarding.”

If you are a reader who can love a book for the sake of its writing, This Side of Paradise is just your sort of book.  It is written in a series of vignettes and takes place over the course of Amory’s childhood, youth, college years, and early adulthood.  Much like the crisp narrative of The Great Gatsby, each scene has its own particular mood and brilliancy, and the effect is a chocolate box of impressions, some bitter and some sweet.

Youth is like having a big plate of candy. Sentimentalists think they want to be in the pure, simple state they were in before they ate the candy. They don’t. They just want the fun of eating it all over again.

There is a great deal of bitter in Amory’s life, as it turns out.  Born into wealth, he drifts through childhood with not too much schooling and eases into Princeton University with more than academics on his mind.  Campus drama appeals to him, yet he realizes he is always a little different than his peers, fitting not neatly into some clique or crowd mentality.  Amory adores poetry and falls in love many times and in many different ways.  His listless egotism, however, holds happiness at arm’s length.  “It was always the becoming he dreamed of, never the being.”

This eerie surrealism comes back again and again in the plotline.  The best example, and my favorite part of the book, was Amory’s vision of the man with the pointed shoes.  It was almost Dostoyevskian and could be a short story in itself.  It was also completely unlike the rest of the story, and, more than a welcome diversion, made me think about him from a different light.

My motivation for coming back to This Side of Paradise was to get into the 1920s, but it went further than that – I entered an entire American subculture, which was so specific to the early 20th century and yet also specific to the wealthy class that it seems to be its own microcosm.  I felt both connected to Amory and distinctly alienated from his way of life and thinking.  Perhaps this is because, under the purple ties and flowery speech, he is just a twenty-something like me.

3.5 out of 5 stars.  This Side of Paradise was weird, but worthwhile.

I completely missed the Gatsby craze of last year.  Of course, I knew about it, but for whatever reason, it remained out of my sphere, something to do eventually.  I’ve never read the book before or seen any film adaptations, and the net benefit is being able to read the book with a fresh perspective – only prejudiced by the fact that I cannot not picture DiCaprio and Mulligan as Gatsby and Daisy.  *sigh*

Now that that’s squared away, let’s talk about the book, by F. Scott Fitzgerald.  I read it in four days, which for me these days is a pageturner.  Expectations were middling – I tried very hard to read This Side of Paradise a couple of years ago and gave up early.  On the other hand, The Great Gatsby (1925) is hyped as a great American classic, and a portrait of the Jazz Age, and a stirring, “cautionary tale” against the evils of a capitalist system.  But is it really?

The trouble with any book written in first person is that it asks you to look inside the head of the narrator.  Our narrator is Nick Carraway, and he is unable to fulfill the role of oracle, in regards to the lessons one is supposed to learn from The Great Gatsby.  He is not altogether against capitalism, he doesn’t exemplify jazz himself, and he is hardly a socially progressive figure, being nearly as racist as the somewhat hammy antagonist, Tom Buchanan.  He can be insightful, sensible, and even witty, but overall Nick runs contrary to what most modern readers want to find in this book.  That is just something to keep in mind before looking to The Great Gatsby for relevancy.

The plot follows Nick and his adventures into high society after he meets his cousin Daisy, her husband Tom, Daisy’s friend Jordan, and Nick’s own illustrious neighbor, Jay Gatsby.

He smiled understandingly – much more than understandingly. It was one of those rare smiles with a quality of eternal reassurance in it, that you may come across four or five times in life. It faced – or seemed to face – the whole eternal world for an instant, and then concentrated on you with an irresistible prejudice in your favor. It understood you just as far as you wanted to be understood, believed in you as you would like to believe in yourself, and assured you that it had precisely the impression of you that, at your best, you hoped to convey.

Gatsby is famous in the extended neighborhood for hosting enormous parties at huge expense.  As a host, he is more than generous, but as a human being, he remains enigmatic, holding on persistently to some dream from his former youth.  His wealth alone prevents anyone from asking too many questions, and Nick alone feels a sense of obligation to try to understand him.  It isn’t long, however, before Gatsby’s dream consumes him entirely, threatening to pull him down, and Daisy and Nick along with him, to irrevocable, real-world consequences.  In the age-old irony, he dedicated his past for his future, and now he can’t escape the ideals that were his driving force.

I can’t help but think this is “how Gone with the Wind should have been.”  The world of Gatsby feels very real, the characters are alive and have solid motives, and the origins of the madness they succumb to seems fairly well-rooted in reality.  I say “madness” because that’s what it is – very much an original first-world problem.  The vanity and the extravagance are all shocking and ugly, and yet you can’t help but have some sympathy for Gatsby.  He’s as dubious a character as Rhett Butler, maybe more; the difference is, he has more heart.

It’s too simplistic to say that this story is all about money, or all about obsession.  Maybe the Brothers K is still on my mind, but there is a spiritual emptiness in the Roaring Twenties as portrayed.  As Daisy senses, it’s all wrong, and it’s not liberating.  The most peaceful moments in Gatsby’s world are quiet and simple, like the beauty of looking out over Long Island Sound, and the memories of innocent first love.  This is really the most American aspect of the book, to shed artificiality and arrogance and to find your true self in “the outdoors.”  I’d argue, too, that the book is not so much against wealth but against ill-gotten wealth and the idolatry of self, of which nearly every character is guilty.

I could go on musing a long time over this book.  It was gorgeously written, and quite depressing.  I give it 3.5 out of 5 stars because I doubt I’d recommend it to anyone, yet I personally found it worthwhile and would read it again someday.