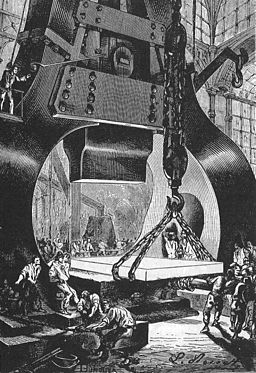 One day, out of the blue, the unassuming Dr. Sarrasin learns he is heir to an enormous fortune.  It seems he is the only living descendant of a Frenchman who married a begum – “a Muslim lady of high rank” –  and, through her wealth, became rich.

As it would happen, another claimant to the fortune shows up, a German professor by the name of Schultze.  To avoid an expensive court case, they agree to split the money in half and each spend it on the projects of their dreams.  These projects turn out to be two new cities, both highly regulated but as different from each other as the masterminds who founded them.  Away in the wilds of Oregon state, the cities are built and populated, thriving till one man’s sinister ideals threaten to undermine both topias.

This is quite a page-turner and, in spite of the Vernian themes, a somewhat different read than most other of his novels I’ve read. The exploration of dystopia vs. utopia in the Pacific Northwest is what could bring this book back into readership, though it may be countered by the more disappointing elements (e.g. some racially prejudiced sentiments by the characters, including from the “good guys”). That said, for the times in which it was written, The Begum’s Millions is a prescient 19th-century warning about issues that would face the following two centuries. The story is exciting and as emotional as it is scientific (if not more so). 4 out of 5 stars…a good read, but not quite as good as Magellania, my new gold standard for Jules Verne.