What I’m Reading: Poetry of the First World War 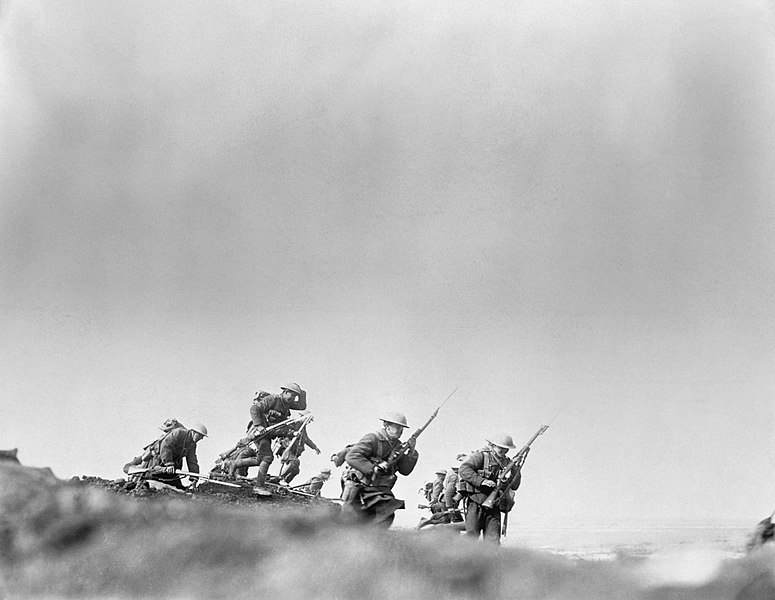 In college I took a history elective on Britain in the 20th century.  That was when I first read poems from WWI and learned it is considered to be, in essence, its own sub-genre.  Since my more recent fascination with T. E. Lawrence, I’d been wanting to return to WWI poetry, so I decided to read this anthology from Macmillan: Poetry of the First World War.

I’ve been reading it off and on since last fall and am about halfway through.  It’s not the kind of subject matter you can simply breeze through.  Right off the bat, there are a couple of cynical, coarse, even insubordinate poems, naturally credited to “Anonymous.”  Immediately you get a feeling for the setting, and it is not so neat and tidy as what you see in Downton Abbey, for example.

From there, the collection goes into various poets by name, including such well-known authors as Graves, Kipling, and even Chesterton.  There is no inclusion of Lawrence’s “Dedication” poem, but since the focus seems to be on the Western Front – and were there any other poems from the side fighting the Turks? I have no idea – I am not too surprised it was excluded.  Interestingly, there are a few poems by female writers.  I would have liked to see even more civilian poetry, though again, it’s understandable that the military poets are the focus here.

An issue I have with this anthology is the format and structure.  Unlike the Kindle edition, there is no table of contents in the hard copy.  The poems are organized alphabetically by last name, and the biographical information for each author is summarized in the back of the book.  If you already are familiar with the poems, this wouldn’t be a problem, but for most people, it is not a very logical organization.

One piece that’s particularly stood out to me is “The Rainbow” by Leslie Coulson.  It’s not an epic poem, or even a very well written poem, but it’s memorable and seems to fall in the middle of the spectrum between the more harsh or gentle poems in the book, without detracting from the horror and honesty of its conclusion.  This is a very good reading of it, too: