A King, a Boy, and a Sailor’s Wife – Three Films of WWII

The past couple of weeks, I’ve enjoyed three very interesting, yet vastly different, films which take place during or leading up to World War II.  I haven’t shared a movie review in a while, so I thought I’d just mention these before I forgot about them. 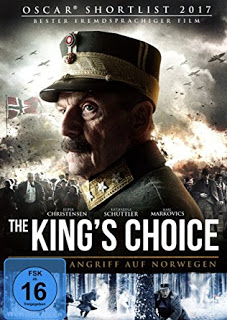 First up is The King’s Choice, a Norwegian film released in 2016.  This historical drama begins with the disturbing attack on Norway by the Nazis, who justify the invasion by claiming to offer “protection” against the British.  From there, the movie centers on the response of its government and, more especially, the role of the aging King Haakon VII in what became the resistance movement.

I can’t speak for historical accuracy, since I came into this knowing nearly nothing about Norway during WWII.  As a drama, it kept my family and me glued to the screen for its whole 2+ hours, and that’s with (somewhat poorly formatted) subtitles.  The acting (including the extras’) is some of the very best I have seen in recent historical dramas.  The score is also incredible, and the emotive script takes you through the events with a sort of “real-time” effect.  This film cost a mere fraction of Spielberg’s Lincoln, yet I felt the production values were stronger here.

The King’s Choice is a well-made movie, but more than that, it’s a good story.  Haakon’s choice is easier for the viewer to “make” in hindsight; in spite of that, the movie avoids too much glorification of the king and instead focuses on his dilemma, which is far from straightforward.  We see the suffering of the Norwegians through the soldier Fredrik Seeberg, barely a man when the war begins.  On the other side, there is the diplomat Curt Bräuer, whose good intentions succumb to his Nazi loyalties as he pressures the king to work with Germany.  Should Haakon surrender Norway to the Germans, or should he refuse, knowing the alternative is the death of boys like Frederik?  There is really no good choice, and even by the end of the film, the viewer is left debating what s/he would do in the situation.

For history buffs, this is an enthralling epic, with a mature screenplay that avoids gratuitous violence or other unnecessary scenes.  I highly recommend The King’s Choice to anyone looking for this kind of movie, and it is free right now on Amazon Prime.

Speaking of Steven Spielberg, I just watched his Empire of the Sun (1987) for the second time the other day.  At 2.5 hours, this is one of those meaty films you’ll want to re-watch in order to digest it.

This film is based on a semi-autobiographical novel by James G. Ballard, who spent his early childhood as a British foreigner in Shanghai.  Young Christian Bale stars as the protagonist Jamie Graham, a privileged and somewhat spoiled child whose life is turned inside-out when the Japanese invade the city.  Separated from his parents, Jamie begins his new struggle for survival, from the miserable hazards of the Shanghai streets to the hunger and brutality of the internment camp.  Through it all, he never loses the one thing which he still keeps from his past: his fascination with flight.

This is the ultimate historical drama, simply because you can analyze it from many different angles.  On the surface, there is the coming-of-age story, where Jamie finds a more powerful version of himself through an endless string of heartaches and hardships.  Upon re-watch, however, I felt there were many nuances in the film which made it more ambiguous and disturbing the second time.

To be clear, there is little or nothing graphic in Empire of the Sun, beyond some brief violence.  But the script does not really force a conclusion upon you, and instead it leaves psychological layers in the plot which lend more grim reality to the circumstances, even when they seem surrealistic.  There are glimpses of Peter Pan and even Lord of the Flies here, among an assortment of cultural and social contrasts.  I found it, even the second time, to be really fascinating. 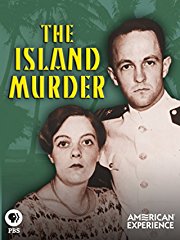 Lastly, if you are looking for an interesting documentary, PBS’s recent American Experience episode, “The Island Murder,” is worth checking out.  (It’s actually a re-release of an older episode called “The Massie Affair,” retitled for obvious reasons.)  This documentary covers events that happened in 1931–32, the interwar period where political and social conflicts were fraught with hints of the impending conflict.

“The Island Murder” is about a young Navy wife, Thalia Massie, who claimed she had been gang raped by some Honoluluan men.  It’s not a spoiler to say this is basically “To Kill a Mockingbird with a bad ending,” as that’s only the beginning – things get worse from there. Massie’s mother, Grace Fortescue, plots to take revenge on her daughter’s behalf, and from that point on, the lives of the five accused men are at the mercy of Mrs. Fortescue and the due process which is supposed to bring them justice.

Despite having visited Honolulu and read pieces of its history in the museums, I had never heard of this case.  It offers a concrete glimpse at some of the injustices Hawaiians have suffered, in ways both direct and unintended.  As far as pertains to WWII, the film seemed to imply that some of the figures of the day might have tolerated such injustices for the sake of reducing Japanese influence.  It is sickening to think what crimes have been supposedly “justified” by wartime (or interwartime) decisions.

It is not an easy film to watch, but watch “The Island Murder” for some perspective and thought-provoking material.  There is also a book by one of the interviewees – Honor Killing: Race, Rape, and Clarence Darrow’s Spectacular Last Case – which appears may provide the sources for much of the information.