Reading Everything in August

No, that is not the title of a challenge…but it may as well be.  I’m up to my ears in books and it’s wonderful.

I spent most of my July weekends working on a large volunteer project for a non-profit.  It was a beneficial experience, but more of a commitment than I realized.  Now that that’s pretty much wrapped up, I can turn back to books.

Here’s a quick list of what I’ll be reading this month, at different levels of undivided attention and in no particular order:

I probably mentioned before how many, many times I struggled to start Nostromo and stick with it.  Well, I’ve finally succeeded making it past the start, and it’s every bit as engrossing as I thought it would be.  Abandoned mines, haunted Englishmen, political unrest, and questionable investors…if you’re fascinated by 19th-century South American history, this book is all about it.  Some parts are pretty funny, close to dark humor but more often like Dickensian absurdism.

Some quotes from chapter 6:

‘We shall run the world’s business whether the world likes it or not. The world can’t help it – and neither we can, I guess.’ – random American character

The parrot, catching the sound of a word belonging to his vocabulary, was moved to interfere.  Parrots are very human. 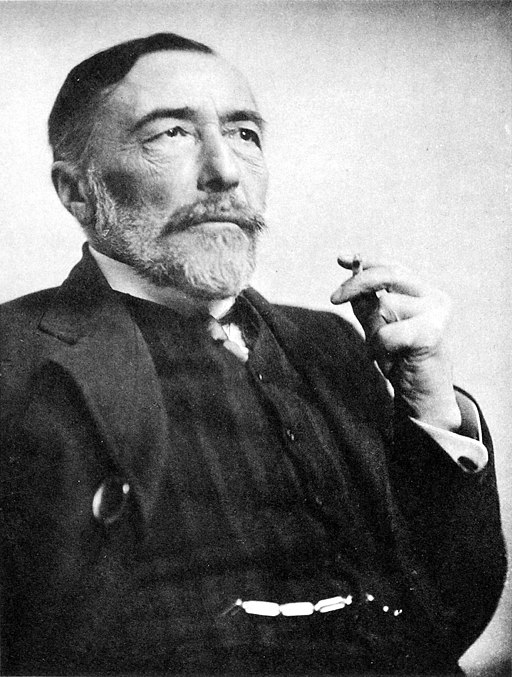 I will never get over the fact that English was Conrad’s third language.  Regardless of one’s views on his politics or perspective, the man was brilliant with words.

Tonight I think I will go read the first chapter of Moby-Dick, because it’s the moment I’ve been waiting for – the beginning of Brona’s read-along!

You can read a sample of my old thoughts on the novel here.  I first read Moby-Dick back in 2010… it feels like a lifetime ago.  Since then, these are some of the milestones which have happened in my life:

I so rarely re-read books that I’m really curious how I will react to this one.  Will I enjoy it as much as I did before?  Will I notice anything new?  I’ll be posting intermittently about it, so we’ll see how it goes.  🙂

14 thoughts on “Reading Everything in August”