Catching My Breath – Christmastime, Dante, and Beyond…

After patiently saving vacation days, today I can at last disconnect from work emails and other stressors.  I really want to slow down even more over my almost two-week holiday, beginning with these last few days of Advent.

One of my favorite family traditions is putting up a tree with my brother and sister.  My grandparents gave it to me years ago, and over time the three of us have gathered a collection of mostly red and gold ornaments for it.  Some are old pieces from our family, and others we purchased ourselves, many from Hobby Lobby.  The tree topper is new this year and being from Dollar Tree was incredibly affordable!

I have a little white tree I decorate as well (not quite so elaborately).  This is probably its last year, as it is turning yellow. 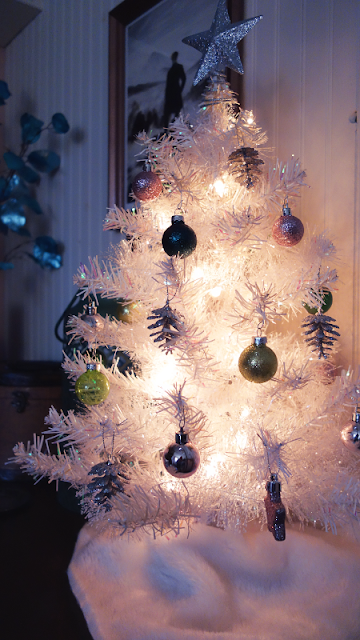 As you might imagine, it’s this time of year I like to get a lot of reading and studying in, as well as planning for next year’s reading.

I’m still perusing the archives of The Word on Fire Show, the Catholic podcast I mentioned a couple of weeks ago, and today I listened to an excellent episode about Dante’s Divine Comedy.  I’ve been “unreading” this book for a year or two, finding it difficult to get past the first cantos.  Bp. Barron gives an intriguing overview of the entire story and symbolism, and now I’m itching to give it another try.

I have the Longfellow translation, with illustrations by Gustave Doré.  Doré’s style can well be summed up as “dramatic,” which is one of the reasons I chose this edition.  And, you know how I LOVE those woodcarvings…

I’m debating whether to participate in any reading challenges next year.  These are the ones which entice me:

The other thing I’m trying to figure out is whether I’ll have the time and energy to podcast next year.  It remains to be decided…

8 thoughts on “Catching My Breath – Christmastime, Dante, and Beyond…”