First novels can be hit-and-miss, even those of “great authors.”  Nathaniel Hawthorne was so ashamed of Fanshawe he wanted all copies burnt.  Jane Austen’s Love and Friendship, written in her teens, did not (unsurprisingly) carry the depth and drama of her later, famous novels.  Doyle’s first Sherlock Holmes novel, A Study in Scarlet, is arguably one of the weaker of the four.  While some talented authors debut a masterpiece, it’s as equally likely that their first book is not their best. All of this goes to show that 1) no one is born a great novelist, and 2) it is worthwhile to keep trying, even if your first writing is highly flawed.

The Professor was Charlotte Bronte’s first novel but not published until after her death.  It has a very similar plot to Villette (1853), and it’s best read as a first draft of that superior novel.  Unfortunately, this is still insufficient for enjoying the book, because it’s just not a great story.  It took me several tries over many years to start and continue reading it, and I’ll be completely honest: if it weren’t for me trying to read all the Bronte novels (with just Anne’s Tenant remaining), I don’t think I would have finished The Professor.

Our male protagonist (Bronte’s only one) is William Crimsworth, a young Englishman just recently finished with his education.  He attempts to work for his industrious brother (think Gaskells’s John Thornton, except meaner), which doesn’t pan out, so he goes into the world to seek his fortunes independently.  He ends up teaching English at two schools in Brussels, one of which is a girl’s school.  He falls awkwardly into a love rectangle involving the directors of both schools and one of the students (who is also a teacher, to make it slightly less weird).  Some conflict ensues.

The story is highly uneven and overall uneventful, not a winning combination.  For fans of Villette, there is some interest in seeing the precursors for better characters: William and Frances are like Lucy and Paul, Zoraïde is clearly an early version of Madame Beck, and the minor character Hunsden is not unlike Rochester in his charisma and abrupt manners.  However, you’re left wishing you were re-reading Villette instead, with all its intrigue, mystery, and surrealism.  The Professor, by contrast, is very careful and stolid and utterly boring.

In addition to the lackluster plot, Crimsworth is a rather irritating narrator.  One doesn’t feel quite comfortable in his romance with his female student, and apart from that, his prejudice against Catholicism and various nationalities is rampant throughout the book.  (There is some of this in Villette, though less, if I remember correctly.)  It really shows how even within one race of people, there can be many deep divisions.

In the end, I can only recommend The Professor to Bronte completionists.  It is probably for the best that it was rejected by publishers, because Jane Eyre came next, bringing with it a dynamic female narrator that was to carry forward to Villette, the refined novelization of Charlotte’s own experience in Brussels.  Those of us trying to write our own stories can look at this as an example of why not to give up, and also of how our characters, given enough time, will evolve and mature just as we do.

It seems the theme of my life in 2019 is “life gets tougher, books get better.”  Well, some books anyway.  I have to say, I haven’t been reading as much as I would like, but in spite of that, am pretty pleased overall with the books I have read so far.

I’ve also highly enjoyed reading other’s blogs this year and found many new ones to follow.  I’ve been thinking about doing a post series sharing links to blogs I follow, if that would interest anyone (?).

Ok, let’s talk about some books.

Another one bites the dust…

Here’s one of those “not so great” reads of the year.  I had every intention of posting a review on The Scapegoat, by Daphne du Maurier.  But after reaching a glorious 44%, I came to a screeching stop.  The plodding repetition of the plot was one thing… the narrator’s nauseating “aha!” moment was the cherry on top.  I thought I’d take one for the team, finish the book, and present you with a scathing review, but sanity won, and I had to shelve it.  So alas, no review of The Scapegoat.

I may have mentioned it before, but over the past year, my family and I have been watching a YouTube series on the Bible by a preacher named David Pawson.  While I don’t agree with all of his views, the series is nonetheless thought-provoking, as he goes in-depth on the historical and geographical context of each book.  The last episode we watched was Jonah, which, coupled with the upcoming Moby-Dick readalong in August, prompted me to re-read it.

Jonah has always been one of my favorite Old Testament books.  At just four chapters, it is incredibly short, but there’s much to unpack – judgment, mercy, high-seas drama, miracles, and even humor (maybe it’s just me, but I always thought the worm eating the vine was hilarious).  Pawson observes the references to Sheol (the grave), as well as the succeeding lines in chapter 2, suggest that Jonah may have actually died and was resurrected, as a precursor to Jesus.

I grew up with the 1956 Moby-Dick film, starring Orson Welles as Father Mapple.  The sermon on Jonah is one of the most memorable scenes.  I just recently noticed how the camerawork cuts to Starbuck during the line, “preach truth to the face of falsehood,” as a foreshadowing of his moral dilemma to come.

The Professor, and writing what you know

Cleo mentioned she’d be reading The Professor by Charlotte Bronte this month, so I picked up where I’d left off (not very far).  Why oh why is this book such a struggle for me to read?  Here’s some theories:

While The Professor was indeed based on Bronte’s own experiences, so far I would say she did not perfect that story until Villette.  I think the lesson for us writers is…go all in.

Anyways, I will be finishing this one, so maybe it will get better later on.  🙂 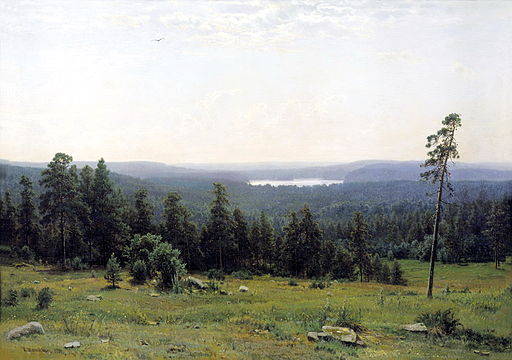 I am considering trying to pare-down my 700+ list of books to-be-read.  It disturbs me.  On the other hand, it may be a waste of time trying.  I already cheat right now with a bookmarks folder of “Books” that I haven’t added to Goodreads, out of the sheer number of them (some of them are links to other people’s lists) and/or embarrassment.  But I’m genuinely concerned that the list will grow (has grown??) so large, it will cease to be useful.

I would also like to publicly confess that, thanks to the election season beginning, I’ve become slightly addicted to YouTube, particularly binge-watching political commentary.  This is part of what is taking time away from my reading.  Not sure if it’s time well spent (though I am learning things).  Hopefully I will eventually get sick of it.

Overall I would, as usual, like to take a more simplistic approach to life.  I am a very organized person, but unfortunately I am not a minimalist.  I get bored way too easily and am interested in a wide range of things, which is a dangerous combination.  See, I’ve always had escapism in my life, but it used to be books almost exclusively.  Now the internet has taken over that role, and it’s endless rabbit-hole of genuinely useful information.  Still, I probably need to change some habits, because there is still something important about reading a book, a whole composition, that the internet can’t give you.