What I’m Reading (and More): May edition

Well, friends…this month’s edition of “What I’m Reading” is going to be a bit of a ramble.  You might want to grab something to snack on or drink.  I usually try to abridge, but this time I just feel the need to stream-of-conscious it…. 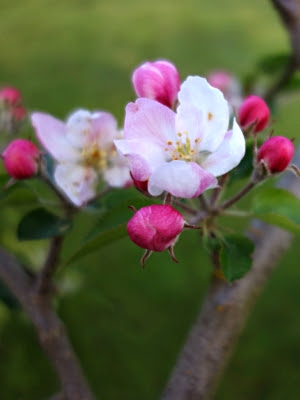 For starters, a personal update. Though work and everything are going fine, I’ve been feeling very directionless lately and in need of a change.  The thing is, there’s so many things I would like to do – from buying a house to changing jobs – but no one thing that especially stands out as “yeah, that makes sense.” It feels like a big decision chart with lines going all over the place.

I’ve been through all the conventional wisdom – focus on others, not yourself; try to find what you’re passionate about; make small goals; etc.  But after all of that, I’m still in a maze, with too many ideas and hopes and doubts pulling me in different directions.  And in spite of everything being fine, that sense of possibility is making me feel like I’ve lost control of the situation and need to choose something.

First-world problems, for sure, but frustrating nonetheless.  I hope writing about it enough times might help me figure it out.

A bit of a backstory: After finishing Revelation, I read Romans.  It’s perplexing, but I found Romans to be very heavy, difficult reading.  I didn’t want to carry that feeling into Corinthians, so I decided to switch gears to Psalms, which I’ve been meaning to re-read ever since reading Fear No Evil earlier this year.

Psalms is deceptively familiar.  I remember some verses and of course Psalm 23.  But I can’t say that I actually know the book, all 150 songs/poems.   I am reading just two at a time and hoping, at this pace, to help it sink in more.  Also, I’m still using the lectio divina method of Bible reading, which works very well with smaller sections.

12 Rules for Life: An Antidote to Chaos 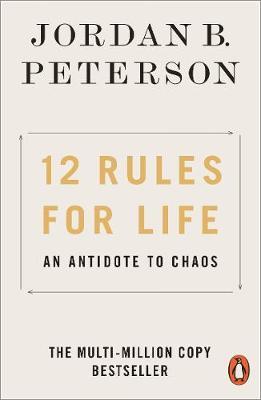 Not sure if this warrants a disclaimer, but here goes anyway…

I fall into the peculiar category of people who neither love Peterson nor loathe him.  I’ve seen him in a few YouTube videos, but they didn’t spark enough interest in me to want to watch more.  What is most interesting is the effect he has on other people (his fans and enemies).  I thought I’d read this book, published just a year and a half ago, to see what the fuss is about.

That said, I did come into this 400-page tome with some bias:

So I’m about halfway through 12 Rules and, consistently enough, my feelings about this book are mixed.  There are many moments of wisdom, but some parts are also quite questionable, or even laughable.  Some reviewers are turned off by the many Bible references; they’re somewhat interesting, but I don’t really like his use of them, either (though for different reasons).  It’s also both creative and tedious that he doesn’t stick to his thesis the whole time, but rather weaves other topics into each chapter.

My favorite parts thus far were his anecdotes about growing up in a small town in Canada, in Rule #3 “Make friends with people who want the best for you.”  It had all the makings of a gripping memoir, or even a coming-of-age novel.  That was the book I wanted to be reading.

Tesla: Inventor of the Electrical Age

Another tome, over 500 pages!  Actually I powered through the first 60 pages, in spite of learning science-y things (gasp) about motors and such.  The book uses original diagrams from olden times (aka Tesla’s day), which makes my amateur graphic designer heart very happy.

More importantly, however, the writing is excellent: serious, yet approachable and very informative.  Tesla’s early life was largely positive, but after the death of his older brother, his adolescence was overshadowed by his tense relationship with his father and, at one time, a bizarre transition from workaholic student to gambling addict.  I didn’t know all of this, so those first chapters were especially fascinating.

No classics?!  What is this?

Yes, apart from Psalms, I’m not reading any classics at the moment.  I’m supposed to be re-reading The Time Machine and Ben-Hur, but lost steam somehow.

Also, can you believe I’ve only read two fictional books this year, and the rest have been nonfiction?  That’s some kind of record.  My challenges are getting rusty, too.

I do plan to get back into fiction reading soon, as I’m in line for a library copy of Patrick O’Brian’s Master and Commander…  I’m tentatively excited, because I love the movie and kinda hope the book is just like it, at least character-wise.

Apart from Valkyrie, I haven’t watched any movies.  I do want to re-watch Cranford soon, though.

I also have an album review coming up later this week, since one of my favorite groups just released a new one.

Other than that… hope everyone is having a lovely week!

10 responses to “What I’m Reading (and More): May edition”